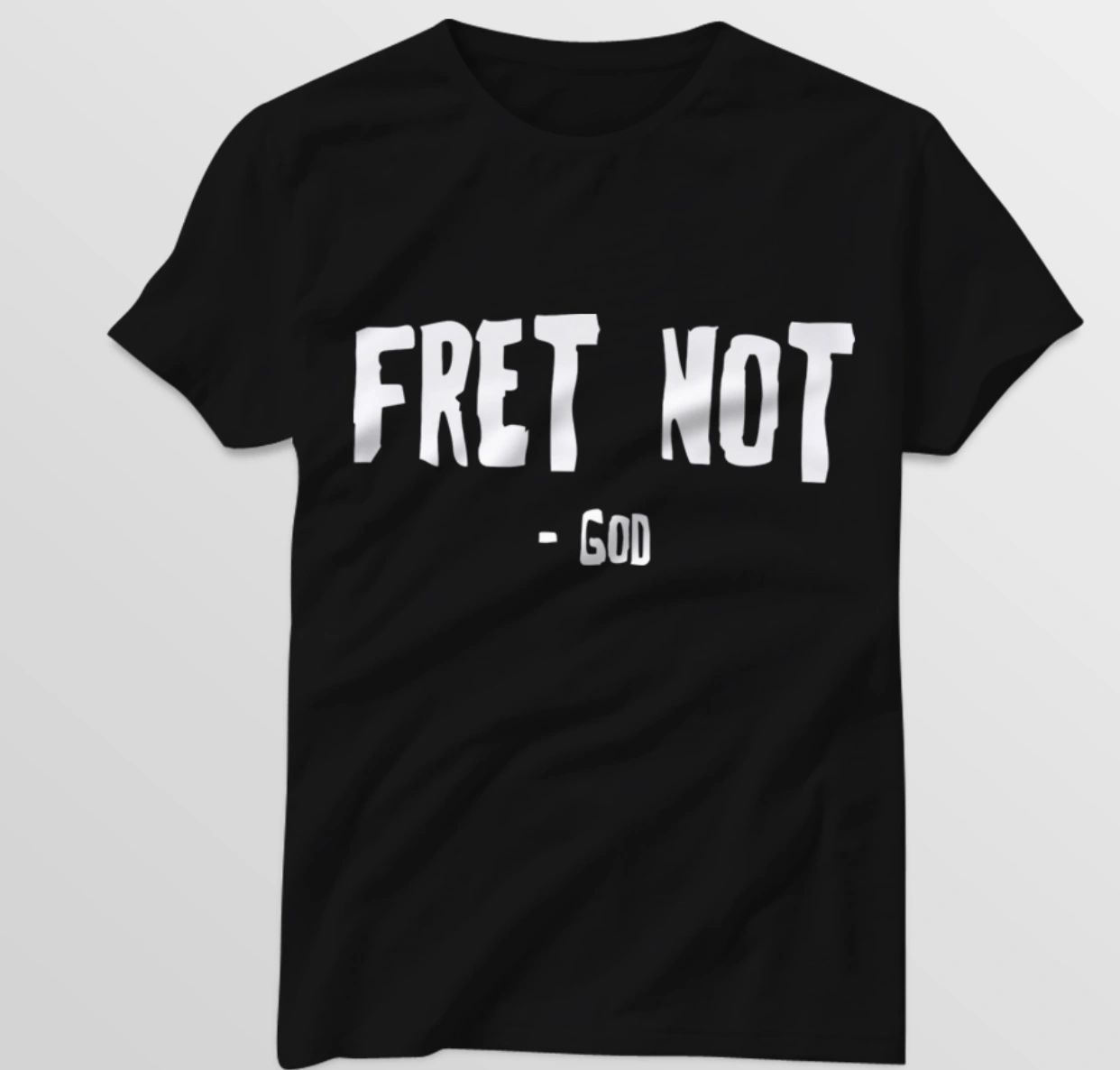 During these seemingly 'uncertain' times, many people throughout the world are finding themselves tied down by fear and worry. I was inspired to create this t shirt to spread optimism and hope. Fear has been around since the beginning of times; it's about time we conquer it.

As a child, I had a pretty peaceful and happy life. I went through my challenges as a teen and young adult, but I was still content with my life. It wasn't until death came extremely too close to me that I allowed fear to come into my life. After losing my mother to a sudden death in 2001 and several family member afterwards, things began to change for me. I was still very much connected with the Lord and the church, but I became hesitant in venturing out and becoming who I was meant to be. I was afraid to get married; I didn't want to fall in love with a man and then have to think about losing him like I lost my mom. I was afraid of public speaking. I was afraid of doing certain business ventures. I was afraid to make people upset. I was afraid of rejection. I was just afraid. Fear has offspring, and one of the biggest ones I had to deal with was insecurity. Later on in life, I decided to wrap myself up in teaching in which I felt was the only major gift I had outside of writing. And this is where the recent challenge I've had came into play. With COVID-19, educators have had to transition to online teaching. I placed a lot of my identity and value in classroom teaching. When we were told that we had to leave the classroom for a season, I began to question my value and purpose. I became anxious about things- about trying to make things happen. I was on the brink with signing a book contract with a school in St. Louis, but I started to think, "Was my book going to valuable now?" I don't know. Fear entered the one area I thought that I was able to have control over. I felt like my purpose was shut down all in one day. I knew I had to go to God about this like I do everything else. This was a challenge for me guys because I was  trying to figure out where to go from here. God began to talk to me about not being in fear. There are many times God spoke to those in the Bible about not fretting and not having fear. Much inspiration came from my pastor Dr. James Pierce's series entitled, "How To Overcome the Virus of Fear" as we're all navigating through these times. I was actually  given this idea of Fret Not. I pondered on it and decided that I will make an attempt at branding it and sharing it. I had to look past myself and look at the message. God is telling us to Fret Not. To fret means to worry so much that you allow whatever it is you're worried about to consume you. The word fret comes from "freton' which means to devour like an animal. Wow. So that's not good. It's not good at all. And we will all encounter fear in an area in our lives whether it be for health, finances, relationships, personal (internal) issues or injustices of the world.  These times are definitely presenting opportunities for fear to come along and try to take over our lives. I just wanted to offer some encouragement. I wanted to spread some Good News that God is telling us to Fret Not despite the CNN reports. God is still present. Miracles are still happening. People are still blessed despite losses. Brighter days are here, and great things will come out of this for God's people. He loves us all. Feel free to help me spread the Word. I will continue to do so and take it up for myself as well.

Powered by A Mentor 4 Teachers LLC